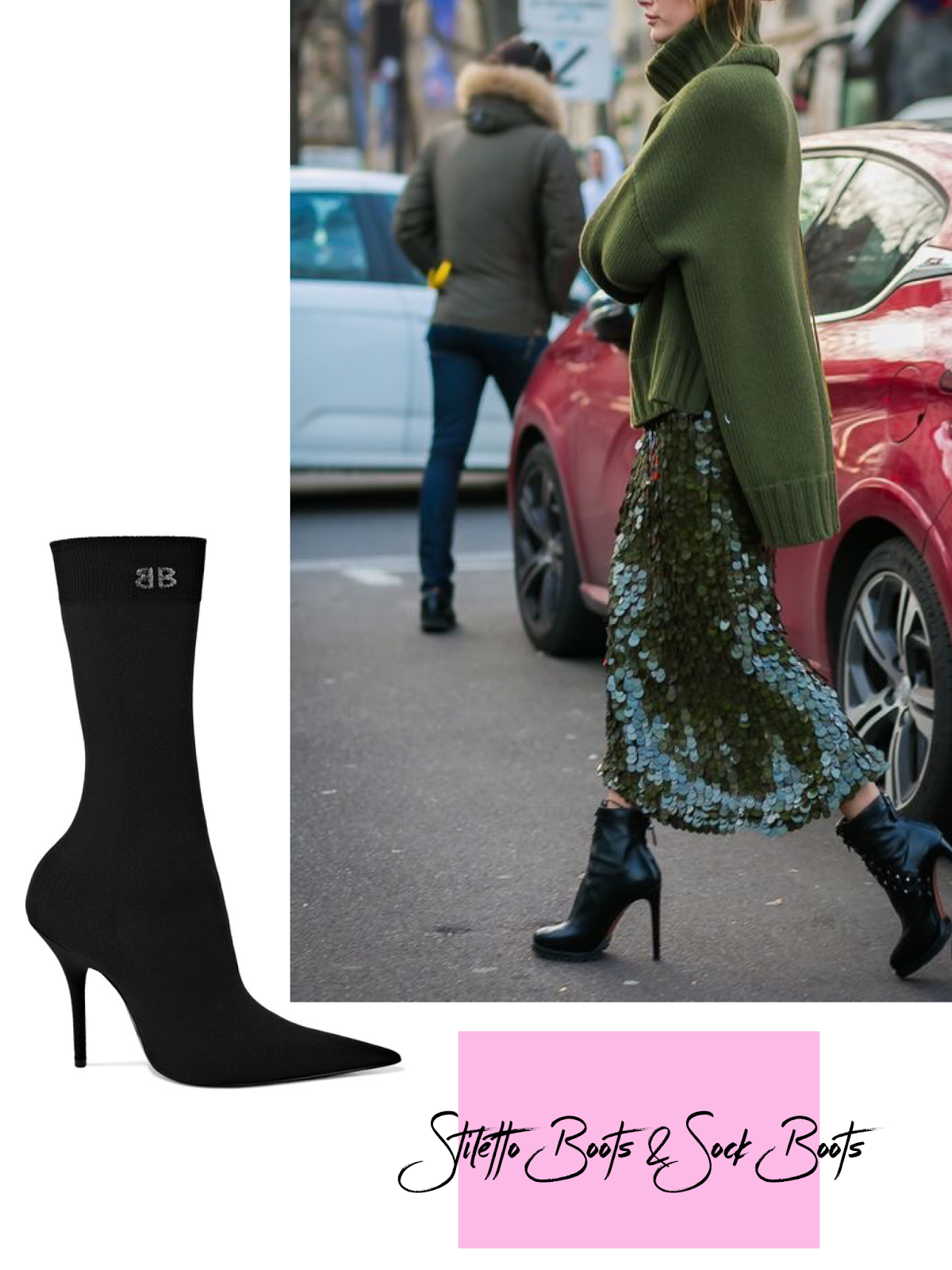 These Boots were made for walking…

It is officially boots season and I am getting too excited about the whole thing! This season there is a boot for every mood, literally. I have made separate edits for different boot, a little bit of luxury with a fabulous mix of high street. I promise there is a boot for everyone here, from the super feminine to the fabulously cool “it” girl look.

Lets start off with the sock boot trend which is everywhere this season. It started off with the oh so fabulous Knife Boots, but now they are available in all sorts of colours and finishes. Of course you do not have to invest in a pair of designer boots if you are not too sure of the style, and as always the good old high street delivers an amazing choice of boots.

I am personally not too sure of the style for myself, because I am not very tall with little legs and therefore I think that it will make me look a little stumpy and maybe a little to Disney Villian-esque.  That said, I am slightly too obsessed with the Knife boots, because I have skinny ankles and the idea of having boots actually fit around my ankle area sounds very appealing, so watch this villains space.

Here is my edit of sock boots as well as metallic boots:

Metallic boots always come around at this time of year, it is almost a classic. Who wouldn’t want a party on their feet? They come in a variety of finishes, from glittery to patent, to metallic and every glittery jersey material. So go on, treat yo self to some fabulously fabulous shoes! Here is my edit of designer metallic boots: Over the knee boots are staple in my wardrobe because they are super duper comfy and the keep me warm. I have a few pairs that I have bought over the years and I plan in pulling them out again this year, so I am glad that I invested in them because they have served me well.

Here is my edit of over the knee boots: 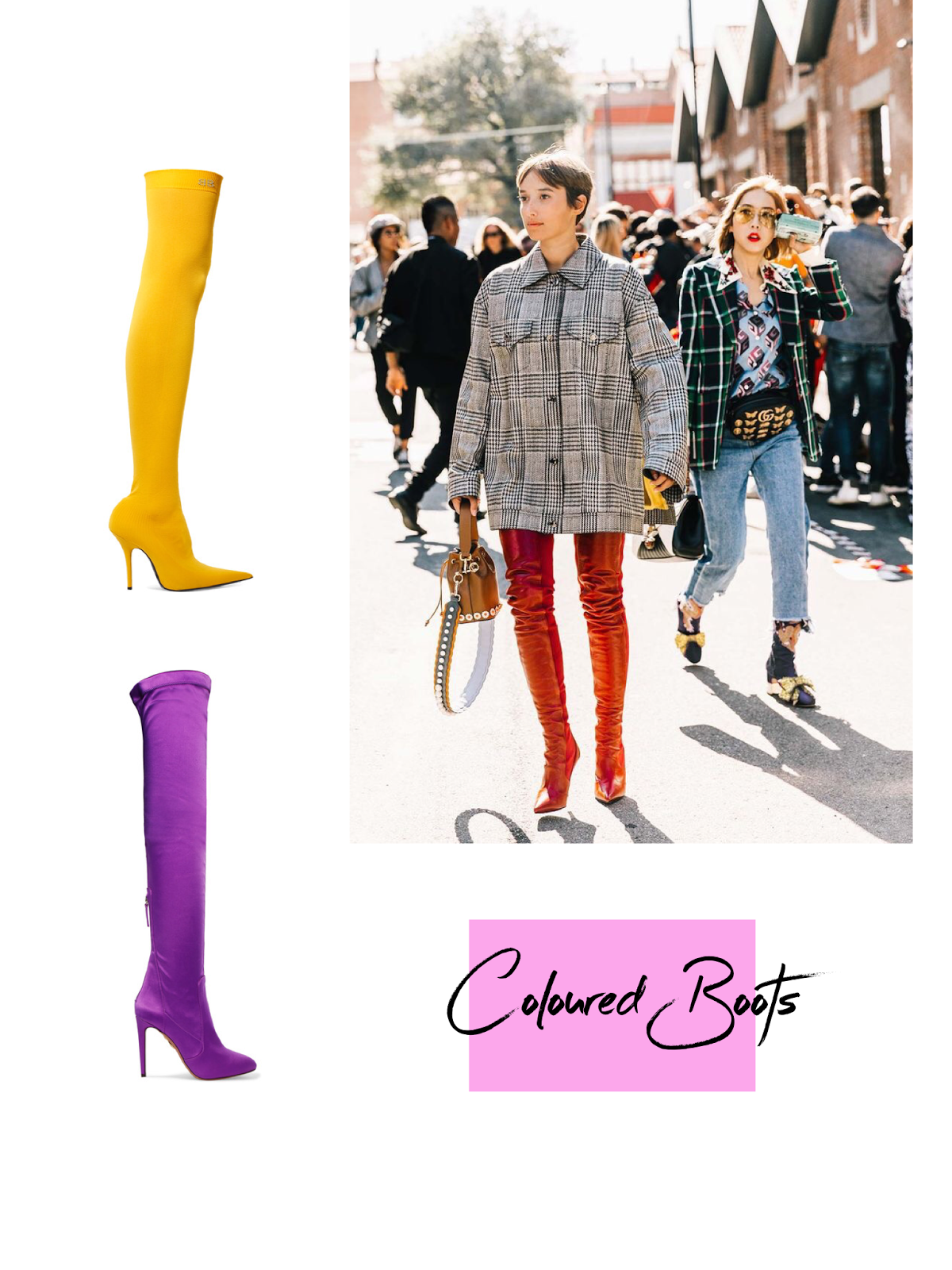 Now I know that this is not everyone’s cup of tea, and not everyone is brave enough to wear these but the coloured boots trend is huge this season. Especially red and metallic ones. If you are feeling brave and you want to try  without investing too much money on this trend out the high street have a fabulous collection of boots in different colours and different shapes of boots to suit everyones needs.

Here is my edit of coloured boots from the high street: If you have not seen these boot, where the hell have you been?!?! I love these boots so so so much, but I have no where to wear them, and nit to mention the price of these. But I would love these to decorate my home with. Who needs a disco ball when you can have these! (okay, I do not need a disco ball either)

This is boot is the boot of the season if you ask me. If you do not want to spend that kind of money on a boot (which I do no blame you) there are some more affordable statement boots available and Ih have picked out some of favourites, including these beauties.

Here is my edit of Designer Statement boots:

Here is my edit of high street statement boots: 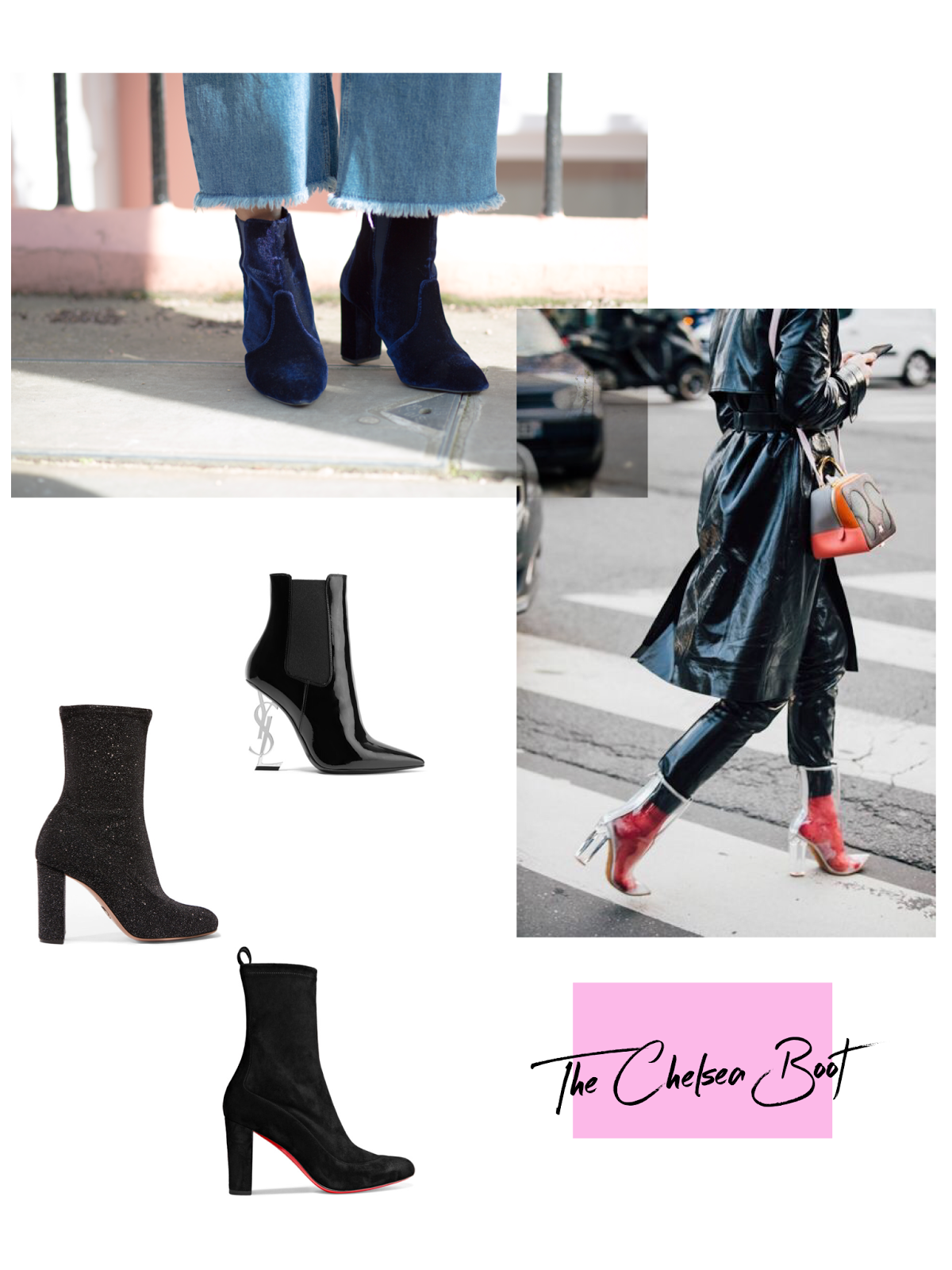 The good old Chelsea boot which is a staple, and should be a staple in everyones closest. Do I need to say anymore?

Here is the High street edit of Chelsea boots:

Here is the Designer edit of  Chelsea boots: 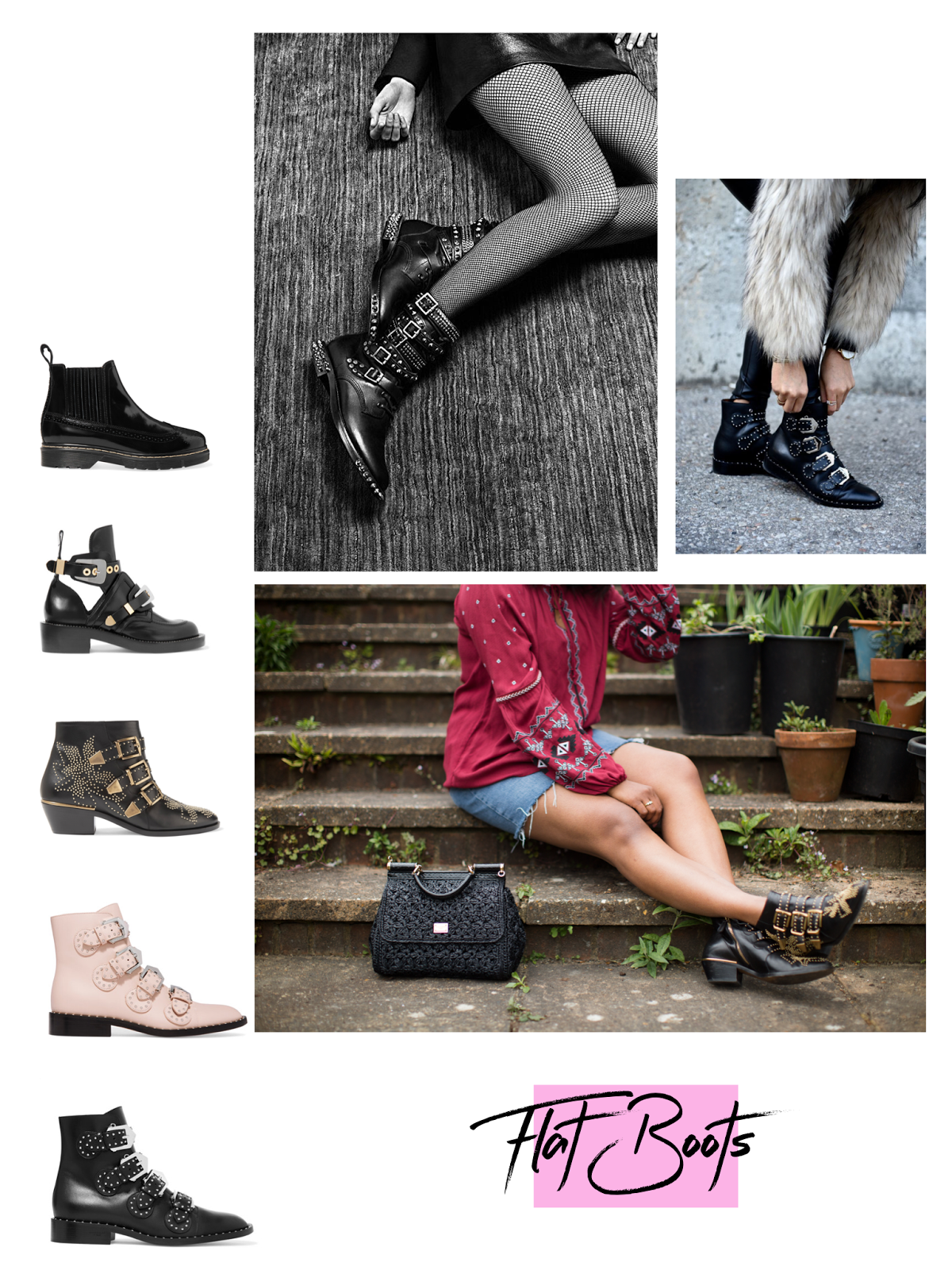 Sometimes you just want a comfy flat boot and I am a big fan of a flat boot with some character to them.  Whether it is a boho vibe, or a cool girl vibe I enjoy injecting a little personality to an outfit. If you were to invest in any style of boot I would recommend a flat pair because you will probably wear them the most and you are less likely to regret it!

Here is my edit of Designer Flat boots:

Here is my edit of High Street Flat boots:

Which style of boot is your favourite?